Make a nomination» Find out more» 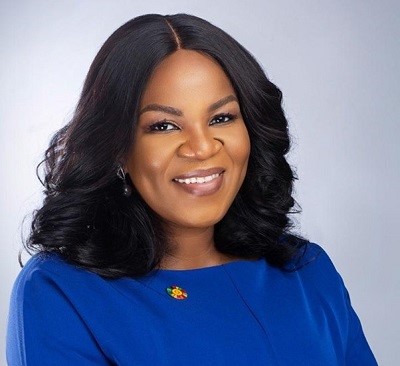 The EI President’s Award is this year to be awarded to Damilola Ogunbiyi, Special Representative of the UN Secretary-General, CEO of Sustainable Energy for All and Co-Chair of UN-Energy. She will receive the prestigious award and speak as guest of honour at the International Energy Week Dinner 2023 taking place from 18:45–00:00 GMT on 2 March at the InterContinental London Park Lane. EI President Juliet Davenport OBE HonFEI said: “As a leader who has contributed to combatting climate change and improving access to energy, Damilola is a tireless campaigner for change".

This most prestigious award is made in the gift of the Energy Institute by The President and in the name of the global membership to recognise outstanding leadership and achievement in the energy industry and in support of the EI’s ambition for energy to be better understood, managed and valued as we navigate the energy transition.

It is made on an international basis to an individual whose work has brought benefit to society. Recipients will have contributed to addressing solutions relevant to global energy challenges, in particular combatting climate change and opening up access to energy.

Each year, the global  membership of the Energy Institute and non-members alike are invited to make nominations for recipients of the award. Nominations can also come from within the EI’s committee networks. The EI Nominations Committee is then tasked with shortlisting candidates that can demonstrate their impact against as many of the criteria below as possible:

The EI's Council determines the recipient of the award, which is usually made on an annual basis. The President hosts a lecture for the recipient to share their work and celebrate receiving the award.

Nominations for the President’s Award can be made at any time for consideration by the EI’s Nominations Committee. Your nomination should include the full name of the nominee and the reason for the nomination. A short biography would be welcome, but not essential.

On 24 February 2022, Rachel Kyte became the first ever recipient of the prestigious EI President’s Award, made to an individual whose work has brought great benefit to society, in particular combatting climate change and advancing universal access to energy.

Presenting the award on the final day of International Energy Week in London, EI President Steve Holliday said: “Rachel has been central not just to making the case at the highest levels for sustainable energy as the key to combatting both poverty and climate change, but to finding solutions to the intractable challenges posed by finance and delivery.”

Rachel is the 14th dean of The Fletcher School at Tufts University in Boston, the United States' oldest graduate-only school of international affairs. She previously served as special representative of the United Nations Secretary-General and Chief Executive Officer of Sustainable Energy for All (SEforALL) And she was the World Bank Group vice president and special envoy for climate change in the run-up to the Paris Agreement.

The President's Award is the new successor to the Cadman and Melchett Awards. More information on the previous awards are present below.

The Cadman Memorial Fund commemorated the late Lord Cadman of Silverdale, Chairman of the Anglo-Iranian Oil Company (now BP) and Past President of the Institute of Petroleum. The first Cadman Award was given on 27 March 1946 and since its initiation, the fund provided for the endowment of a memorial award and lecture on an aspect of the science of petroleum.

Who received the Award?

The Cadman Award was presented to an individual for their outstanding and significant service to the oil industry on an international basis.

A brief history of the Rt. Hon Lord Cadman of Silverdale (John Cadman) and the Cadman Award

Born in the Villas in High Street Silverdale on 7th September 1877, John Cadman later lived at Silverdale House. He was educated at Newcastle High School and gained an MSc at Durham University. As Assistant Manager at Silverdale Colliery and as H.M. Inspector of Mines he worked to reduce loss of life, gaining the North Staffordshire Brigade rescue medal with five clasps.

He served as Government Mining Engineer in Trinidad and as Professor of Mining at Birmingham University. His foresight regarding the Persian oilfields helped to guarantee the supply of oil during the 1st World War. He later became Chairman of the Anglo-Persian Oil Company, now BP.

He was knighted in 1918 and raised to the peerage in 1937. Through his leading contribution in the fields of oil television and international aviation, Cadman played a vital role in three of the most significant developments of the 20th Century.

He died in Bletchley in 1941. His ashes are interred at St Luke's Church, Silverdale.

The EI Melchett Award was named after one of the first EI Presidents, The Rt Hon Sir Alfred Mond, later to become Lord Melchett and Chairman of ICI. It was instituted in 1930.

Who received the Award?

The Melchett Award was presented biannually to an individual for their outstanding contribution to the study or advancement of the science of fuel and energy, including original research or professional, administrative, or constructive work of an outstanding character involving the scientific preparation or use of fuel, provided the results of such work have been made available within recent date for the benefit of the community.

A brief history of the Rt. Hon. Lord Melchett (Alfred Mond) and the Melchett Award

Early life and educationAlfred Mond was born in Farnworth, Widnes, Lancashire, the younger son of Ludwig Mond, a chemist and industrialist of Jewish extraction who had emigrated from Germany, and his wife Frieda née Löwenthal. He was educated at Cheltenham College and St. John's College, Cambridge but failed his natural sciences tripos. He then studied law at Edinburgh University and was called to the bar by the Inner Temple in 1894.

Business career
Following this he joined his father's business, Brunner Mond & Company as director, later becoming its managing director. He was also managing director of his father's other company the Mond Nickel Company. Other directorships included those of the International Nickel Corporation of Canada, the Westminster Bank and the Industrial Finance Investment Corporation. His major business achievement was in 1926 working to create the merger of four separate companies to form Imperial Chemical Industries (ICI) one of the world's largest industrial corporations at the time. He became its first chairman.

Politics
Mond was also involved in politics and sat as Liberal Member of Parliament for Chester from 1906 to 1910, for Swansea from 1910 to 1918 and for Swansea West from 1918 to 1923. He served in the coalition government of David Lloyd George as First Commissioner of Works from 1916 to 1921 and as Minister of Health (with a seat in the cabinet) from 1921 to 1922. He later switched party and represented Carmarthen from 1924 to 1928, initially as a Liberal. However, in 1926 Mond became a Conservative, after falling out with Lloyd George over the former Prime Minister's controversial plans to nationalise agricultural land.

Mond was created a baronet, of Hartford Hill in Great Budworth in the County of Chester, in 1910, and was admitted to the Privy Council in 1913. In 1928 he was raised to the peerage as Baron Melchett of Landford in the County of Southampton.

Benefactions, Zionism and honours
His father had bequeathed a collection of old master paintings to the National Gallery and Alfred provided housing for them in 1924. In 1929 he provided land in Chelsea for the Chelsea Health Society.

He first visited Palestine in 1921 with Chaim Weizmann and subsequently became an enthusiastic Zionist, contributing money to the Jewish Colonization Corporation for Palestine and writing for Zionist publications. He became President of the British Zionist Foundation and made financial contributions to Zionist causes. He was the first President of the Technion in 1925. Melchett founded the town of Tel Mond, now in Israel.

He was elected a Fellow of the Royal Society in 1928 and received a number of honorary degrees from Oxford, Paris, and other universities.

In 1894 Mond married Violet Goetze and they had one son, Henry Ludwig, and three daughters. Mond died in his London home in 1930, and his son succeeded to the barony.