Adults are not doing enough to tackle the damaging effects of climate change but Britain’s young people are lining up to take the necessary action - that’s the overwhelming message today following a poll of 1,300 young people surveyed by the Energy Institute (EI) at the Big Bang Fair in March.

In one of the largest polls of its kind ever conducted in the UK, the ‘Energy Superheroes’ survey quizzed 7 to 19 year olds from across the UK who attended the science and engineering fair.

“These findings reveal a switched-on generation ready and willing to take responsibility for humankind’s impact on the planet.

“Not only do the majority already take action on climate change in their daily lives and favour low carbon solutions on the electricity grid and on the roads, but more than a third of them express an interest in a career in energy and climate change.

“With the engineering professions in particular facing a critical shortage, this is the best of news.”

The EI undertook the poll as part of its work to support the Year of Engineering – the government-backed campaign aimed at opening the eyes of the next generation to STEM subjects at school and in the job market.

Given the supply of engineering talent coming through the educational pipeline through apprenticeships and higher education, it is estimated by EngineeringUK that there is a shortfall of up to 59,000 in meeting an annual demand for 124,000 core engineering roles in the UK. 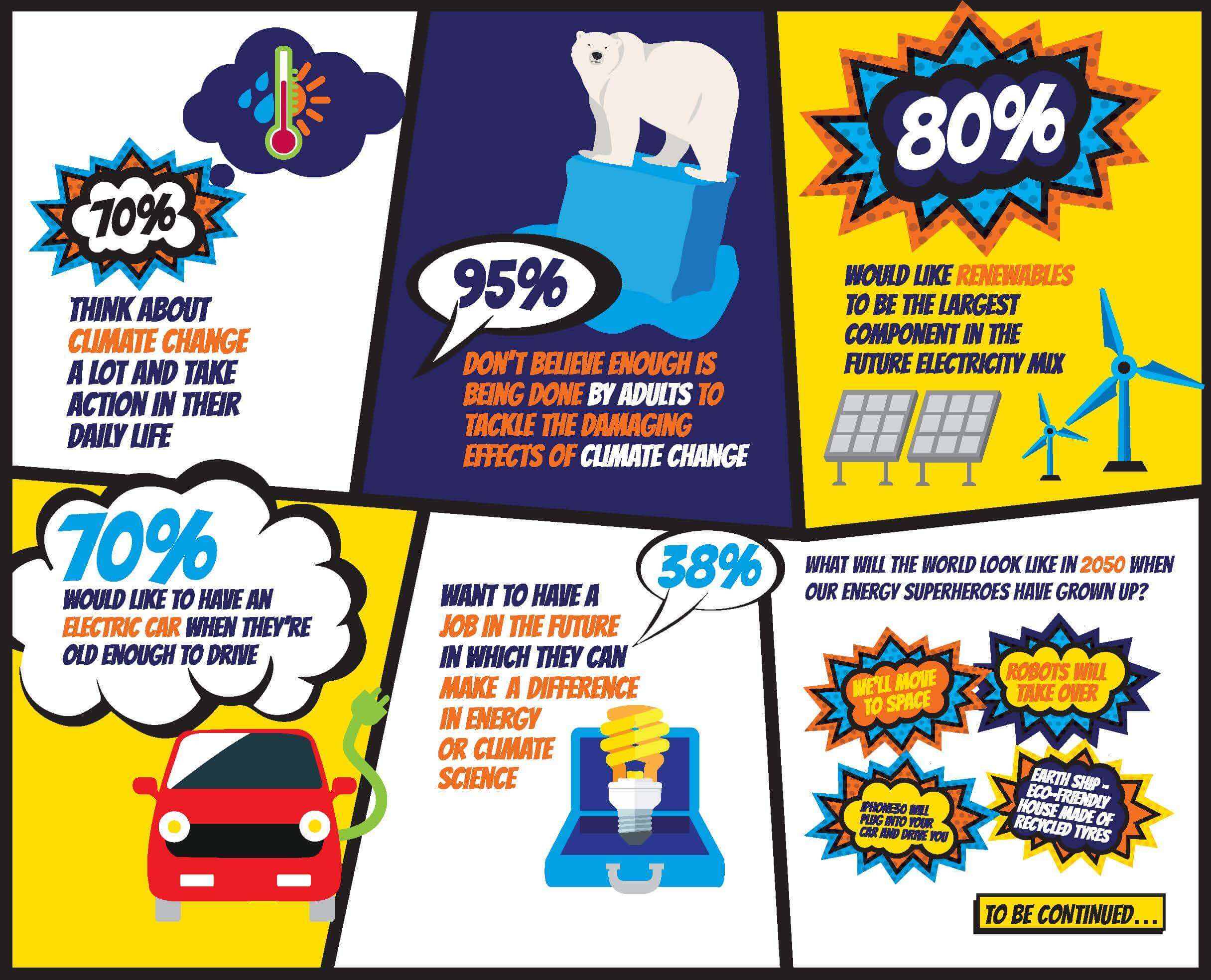 1.For media enquiries contact Isabelle Wilton at iwilton@energyinst.org or 020 7467 7173

2.1,300 young people attending the Big Bang Fair were asked five big questions to determine whether they are ‘Energy Superheroes’:

3.The Big Bang UK Young Scientists & Engineers Fair is run by EngineeringUK and is the largest celebration of science, technology, engineering and maths (STEM) for young people in the UK. It was held in 2018 between 14-17 March in Birmingham. Its primary audience is young people aged between 7 and 19 years old. Attendance this year reached 80,000. Read more at www.thebigbangfair.co.uk

4.The Year of Engineering is a government campaign, which celebrates the world and wonder of engineering. Read more at www.yearofengineering.gov.uk

5.The Energy Institute (EI) is the chartered professional membership body bringing global energy expertise together. Our ambition is that energy, and its critical role in our world, is better understood, managed and valued. We’re a unique network with insight spanning the world of energy, from conventional oil and gas to the most innovative renewable and energy efficient technologies. We gather and share essential knowledge about energy, provide the skills that are helping us all use it more wisely, and develop the good practice needed to keep it safe and secure. We articulate the voice of energy experts, taking the know-how of around 20,000 members and 250 companies from 120 countries to the heart of the public debate. And we’re an independent, not-for-profit, safe space for evidence-based collaboration, an honest broker between industry, academia and policy makers. The EI is here for anyone who wants to better understand or contribute to the extraordinary energy system on which we all depend. Read more at www.energyinst.org